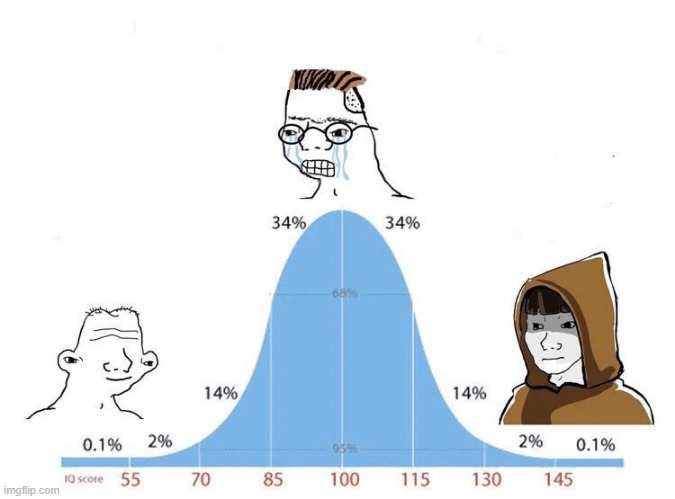 On February 17th, 2012, Vox Day1 published the blog post "The tragedy of the mid-witted" in which he commented on a life story article "Lessons of a very sexy pirate costume" by Jennifer Wright.2 In the blog post, Vox Day writes that "those who possess above-average intelligence and trouble to occasionally read newspapers and magazines tend to genuinely be under the erroneous impression that they possess superlative intelligence." (extract shown below) IQ Bell Curve, also known as IQ Distribution Curve and Midwit, refers to a series of memes which use the IQ distribution diagrams to mock one of the three main groups represented by the diagram, most often targeting the largest group of people representing the average intelligence.