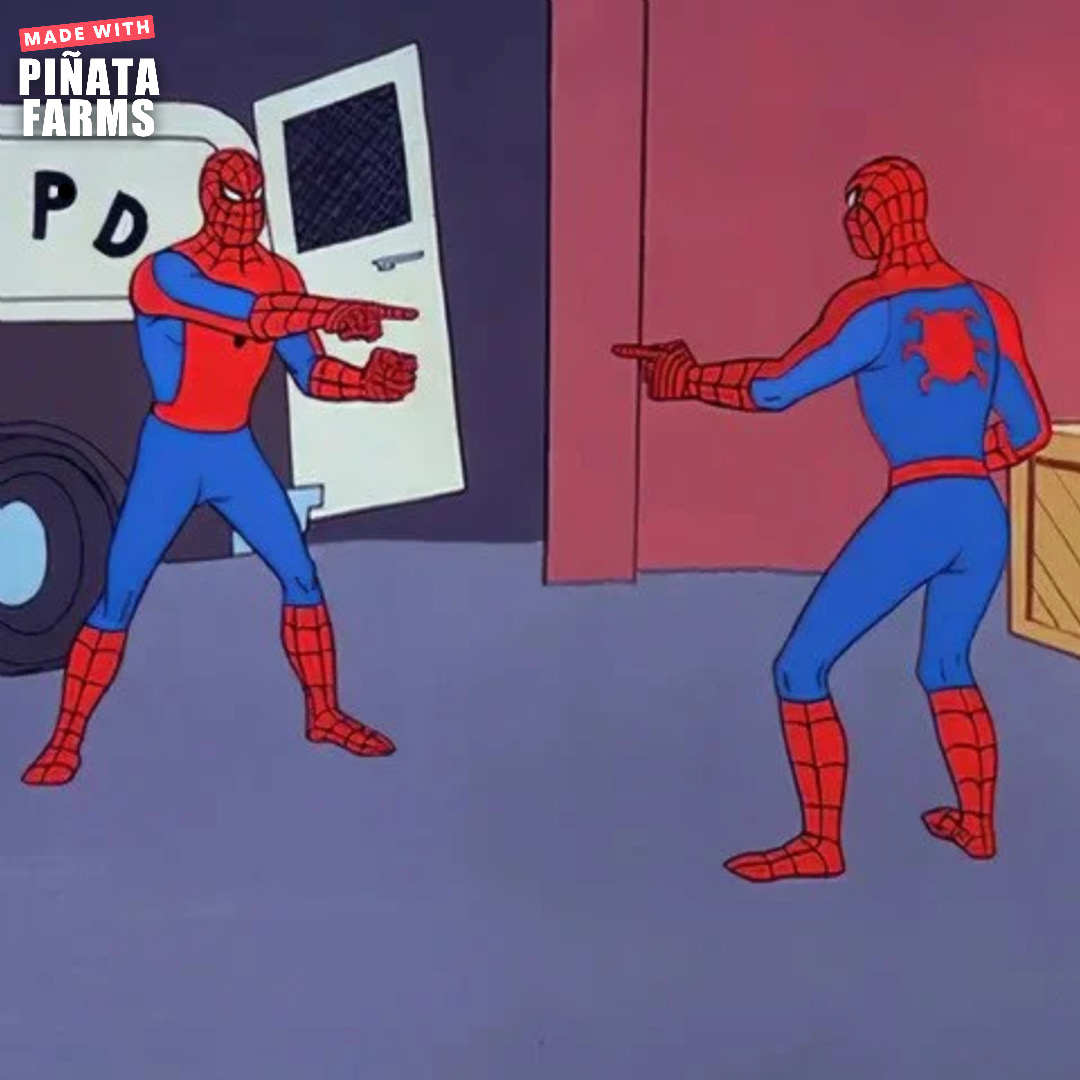 One of the most iconic images on the internet is the Spider-Man pointing meme. A meme that is so well known and understood that one can use the phrase “Spider-Man pointing meme” without the image attached, and your point is conveyed. It has become a part of how we understand the world. It is a meme that capitalizes on being both simple and unique.

The Origins of the Spider-Man pointing image

The original image comes from a 1967 episode of Spider-Man, where a villain tries to impersonate Spider-Man. The premise is simple and recognizable. The origin is far removed from the internet and its creation but that only helps us understand it. There is nothing to comprehend that is not already conveyed in the image. A children’s cartoon from the 60s had to have simple messaging so of course the image has a lasting hold on people throughout generations. Spider-Man is one of the more iconic characters in culture, so there’s not a lot of previous knowledge required.

The Origins of the Spider-Man pointing meme

The meme has lived on the internet since 2011. It has existed in some form on almost every website where memes exist. 9gag, 4chan, Reddit, iFunny, Tumblr, Twitter, Instagram, and Facebook. Once the original image was uploaded, we needed very little instruction on how to use it. Each user base has found a way to to interpret and integrate the meme into their vernacular. As times and tastes change, some memes fall out of favor, but Spider-Man pointing is evergreen.

The meme becomes iconic because of a few key factors. First, the message conveyed. Spider-Man pointing is not as simple as other memes, though it may seem that way. Other memes with this level of popularity convey base human emotions. I like this thing, I don’t like that thing, I am happy, I am sad, I am overwhelmed. Spider-Man pointing is more complex. The idea being conveyed is not only that two things are the same but that we have discovered that they are the same, despite a desire to hide that fact. It is a meme for a specific situation rather than a feeling. The situation is somewhat common, but being the one to make the discovery and point that out, is a feeling of victory. Spider-Man pointing summarizes and capitalizes on all of that.

The Spider-Man pointing meme and our love for it

Spider-Man pointing satisfies a sense of justice or heroism. In some scenarios the author of the meme is Spider-Man, pointing out his imitator. In others the author has deduced that two people or ideas claiming to be different are in fact the same. In every scenario, someone is being fooled, or attempting to fool and we’ve collectively deduced who and won’t let them get away with it. There is a wrong that is being righted. Justice served once again by your friendly neighborhood Spider-Man.