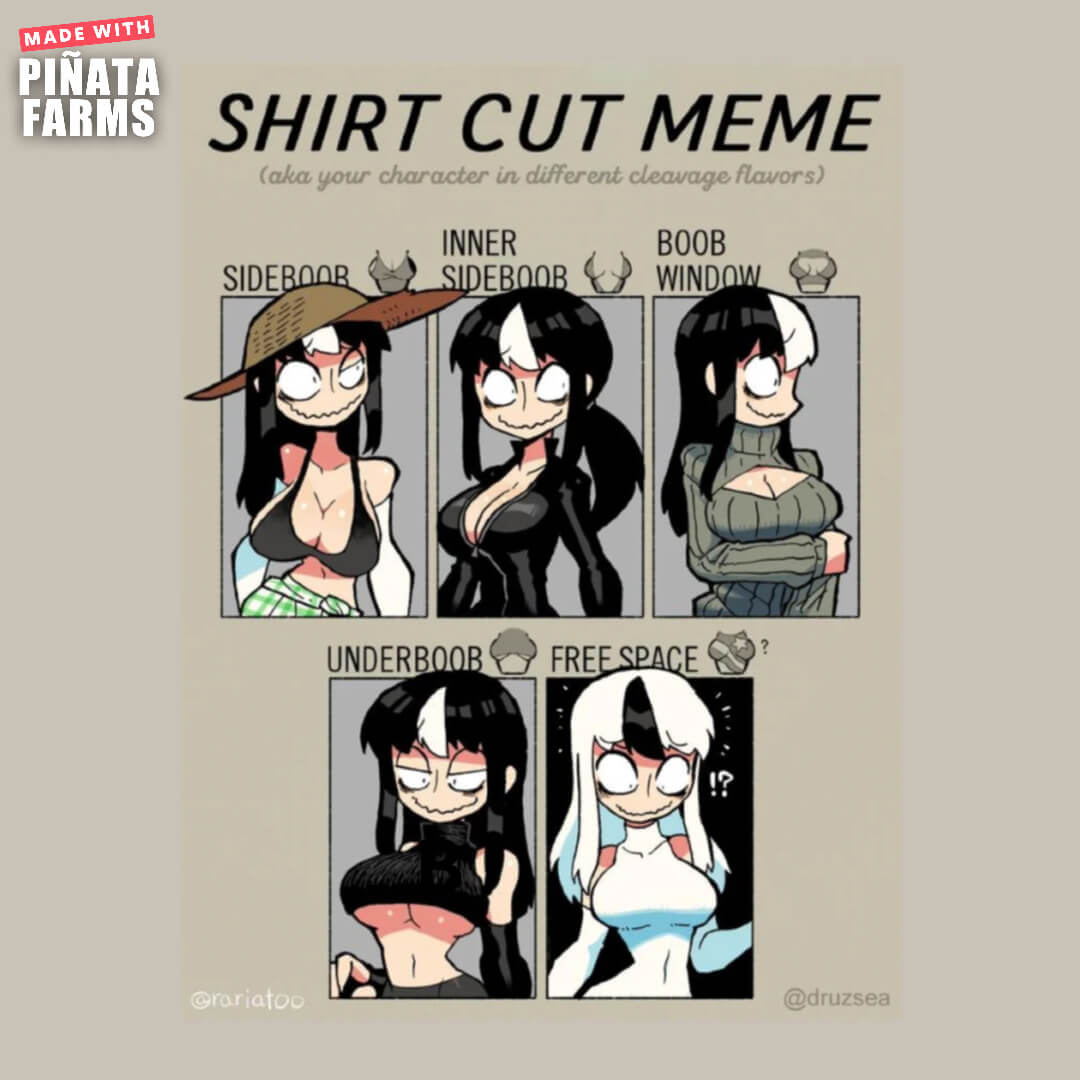 The shirt cut meme is an exploitable fan art meme that gained popularity in mid June 2021. The meme is a template for artists to draw characters from 5 different angles that partially reveal their breasts. The original image is a blank template titled “Shirt Cut”  with five panels titled side boob, inner side boob, boob window, underboob, and free space. The meme had a large response from many artist communities. Fan artists contributed their own examples which had both SFW and NSFW responses. There were of course a large handful of joke responses as well. Each iteration contributed to the spread, showing a wide variety of communities their variation on the meme.

How do I make Shirt Cut memes?