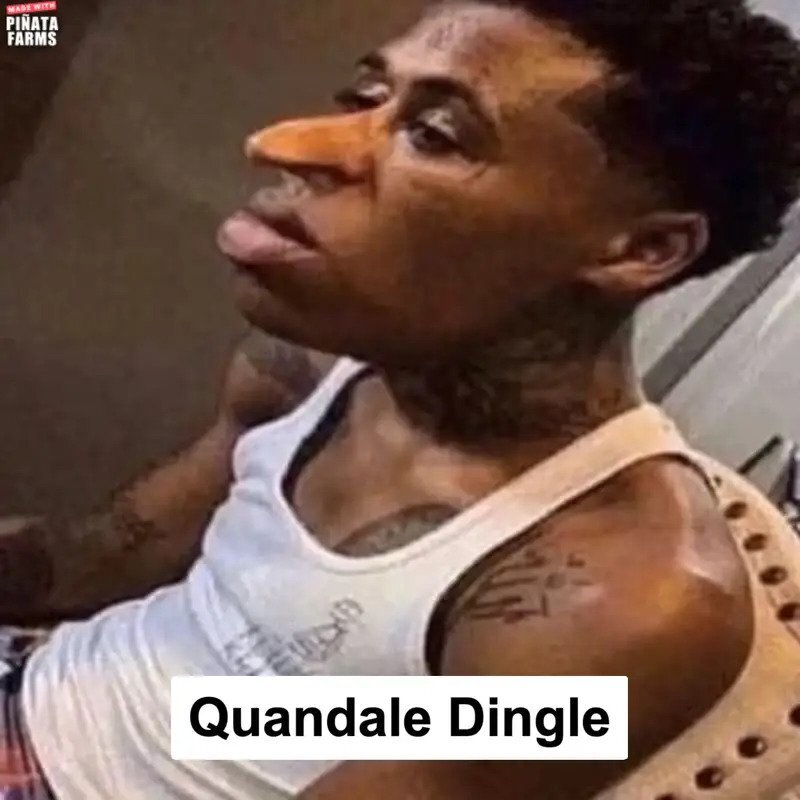 About: What is the Quandale Dingle Meme?

Origin: How was the Quandale Dingle meme born?

The meme began on September 13th, 2021 when a TikTok user posted a video of a PC Login Screen with the name Quandale Dingle. Text is superimposed on the screen and reads “who tf goofy ass name is this bruh.” On the same day, a Twitter user posted a screenshot, containing the same information. The meme spread equally on both apps.

It gained popularity and recognition through crossposting the original image on TikTok, Twitter, Instagram, and Facebook Meme pages. The name on the initial image inspired more memes referencing it. The name could be attached to any weird picture or other similarly weird names.

In February 2022, the meme took on a new dimension. A distorted picture of Twitter user @ayedocc was used to represent Quandale in a fake RapTV news post. The format became extremely popular, with other users adding their own versions. Others used the distorted picture of NBA Youngboy that frequently represents Quandale. The distorted images of both @ayedocc and NBA Youngboy are equally popular in representing Quandale Dingle.

At one point, TikTok user @fitnesscf posted a series of videos containing clips of the real Quandale Dingle. He also posted DMs between himself and a person impersonating Quadale. It is unconfirmed that the clips of Quandale Dingle are at all authentic.

In March 2022, the Know Your Meme TikTok posted a video explaining the meme. The audio from the explanation became a meme in and of itself. Users used the audio to accompany videos of weird or ironic memes, often, but not necessarily, related to Quandale Dingle.

Towards the end of March 2022, a TikTok was posted, set to the “voice” of Quandale Dingle. The Original fake Quandale Dingle  quote is "What's up guys, it's Quandale Dingle here. I have been arrested for multiple crimes including battery on a police officer, grand theft, declaring war on Italy and public indecency. I will be escaping prison on March 28th. After that, I will take over the world.”

In June 2022, the real Quandale Dingle graduated from high school. The video was posted on TikTok and showed Quandale’s name in the program. The video then cuts to the school’s principal announcing Quandale’s name and Quandale walks across the stage and accepts his diploma. There are other videos from the ceremony. Including one from another student and another where a member of the audience shouts Quandale Dingle as Quandale accepts his diploma.

How to make Quandale Dingle Memes?