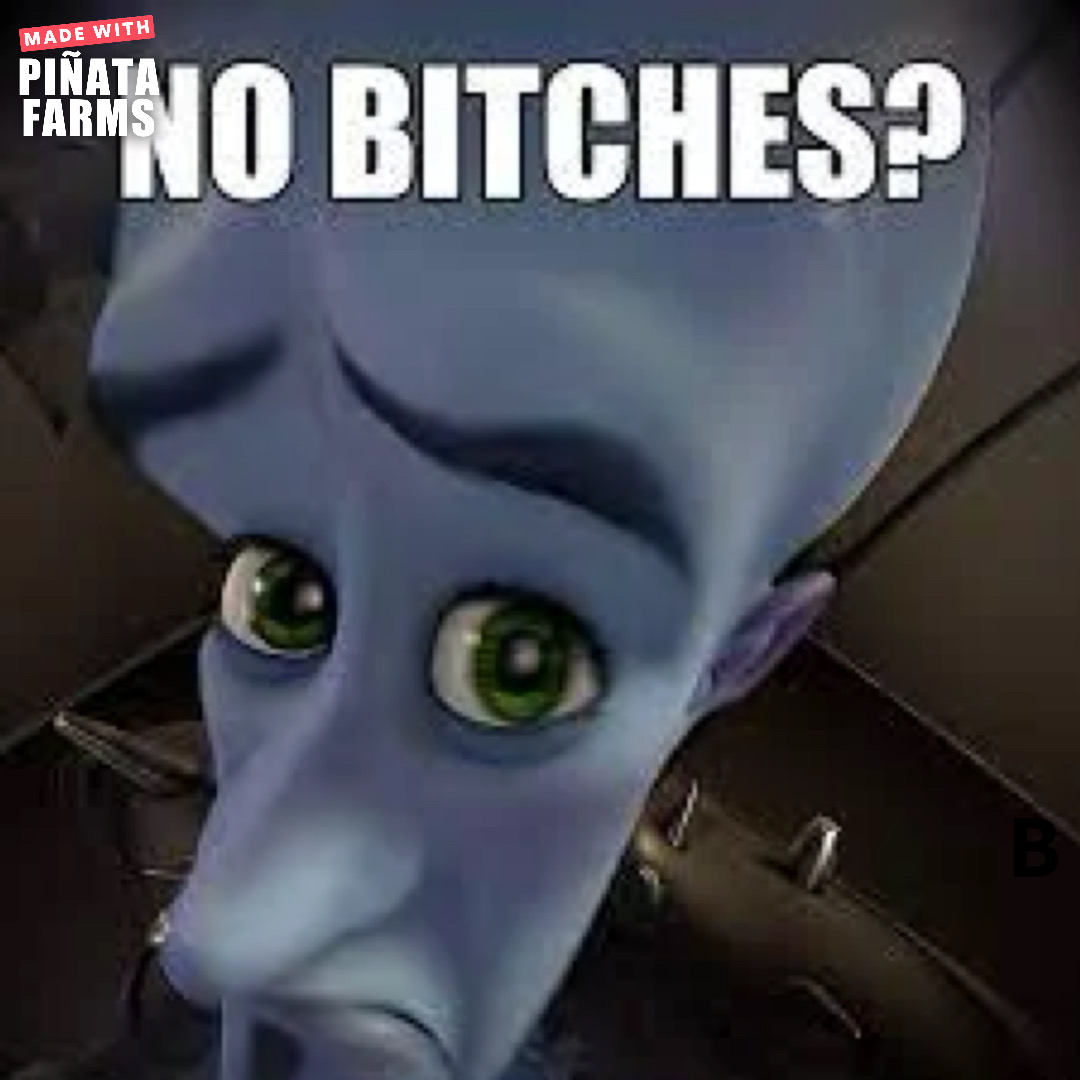 The No Bitches Meme is all over the internet these days but where does it come from? Who is using it and what are they trying to say? It can be confusing to track all that information and decide if a meme is right for a situation. Here’s a brief explainer and some context to help everyone make and use the best memes possible.

Where does the No Bitches meme start?

The No Bitches meme depicts the character Megamind looking through a peephole. The image comes from the 2010 trailer, which is readily available online. Though the film has not had a lasting impact on culture at large, a few images remain and circulate occasionally. In October 2021, the image gained popularity in fan communities. Many used the original image as a model or inspiration for their fan art. The image gained popularity without an attached meaning besides the facial expression Megamind is making, which could be reinterpreted based on context.

How did the No Bitches meme become a meme?

Why is the No Bitches meme popular?

“No Bitches” is popular because it’s an effective way to shut down an opponent in an online argument. Instead of engaging with someone’s point or argument, one can respond with a No Bitches? Meme. It immediately silences the opponent. If you’re responding to a meme with an actual argument, you’ve already lost. To engage with someone who won’t take the time to argue with you is a waste of time. Plus no one can come back from the accusation that they don’t get any bitches.

How do people use the No Bitches meme?

In the original iteration the meme had a concise intrinsic meaning. Once the meme had established itself as a recognizable idea, people began to play around with it. No Bitches became the original format that people would edit and play with. The No Bitches meme can be endlessly reused to convey a variety of messages. If someone wants to convey a lack of something, it is perfect for that. Like any meme, the meaning can change in the hands of the user. No Bitches is a perfect meme for winning an online argument, accusing someone of not having something, or anything your mind can think of!

How do I make my own No Bitches meme?

Use Piñata Farms, the lightning fast meme generator to make No Bitches memes in seconds!