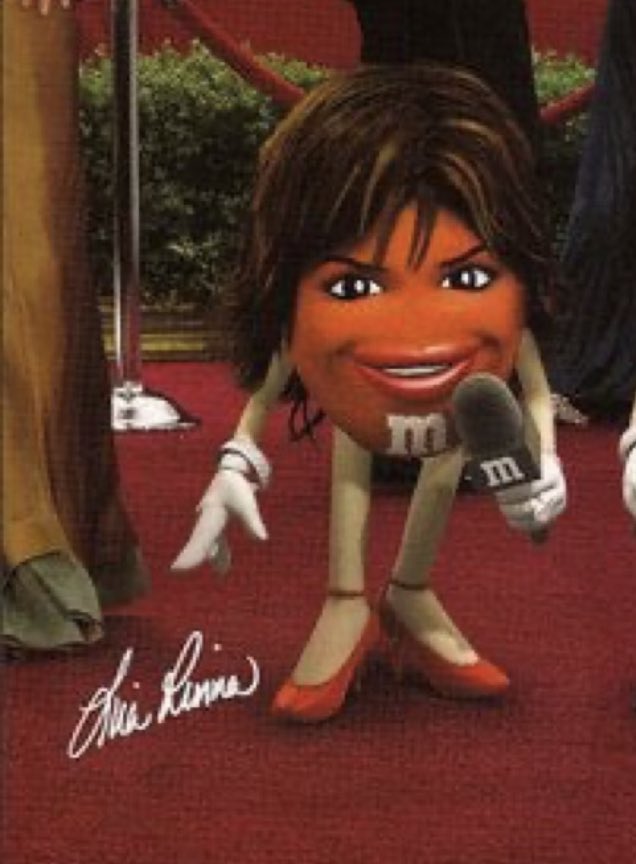 There’s a new hot meme on the scene. Real Housewives Twitter is currently filled with memes about the Lisa Rinna M&M. Back in 2008 , M&Ms created an ad featuring the Real Housewife and Soap star as an M&M as part of their M&M yourself campaign. The M&M yourself campaign was an online character generator where users could design themselves as M&Ms. The generator is now defunct so the only remaining cultural impact is the Lisa Rinna M&M.

It started with twitter user @evadentz editing the Lisa Rinna M&M into various situations and videos. With each video the universe of the Lisa Rinna M&M becomes more expanded. Any video with the M&M now includes her theme song. After Like by IVE plays in the background of almost every video. It has expanded beyond the original poster with other twitter users adding their own videos and pictures, with one person even making a real life sculpture. The trend is only just beginning and lore around the M&M is growing.

How Do I Make My Own Lisa Rinna M&M Meme?