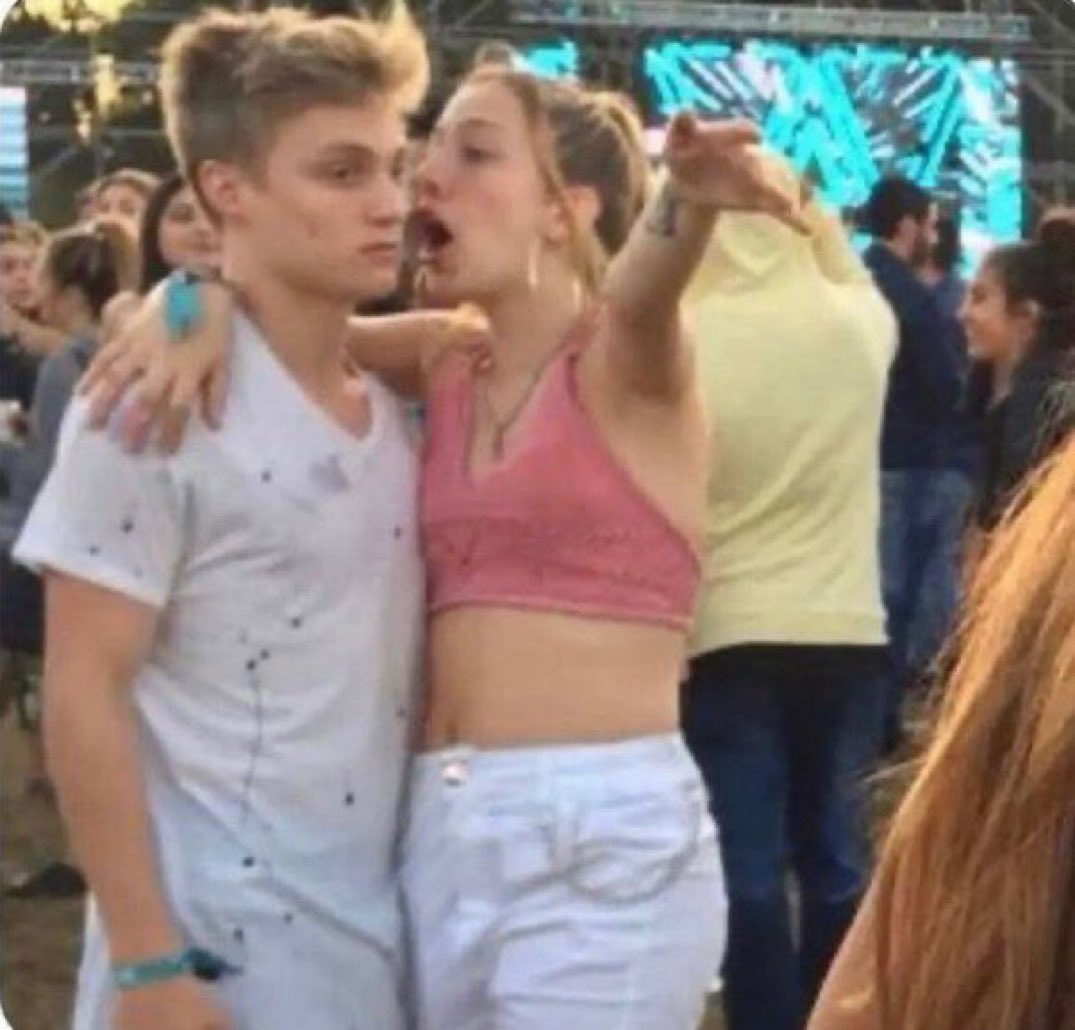 The Girl Explaining Meme is a popular Twitter meme that gained popularity on Spanish speaking Twitter in 2019 and English speaking Twitter in August 2022. The photo depicts a girl yelling into a man’s ear at what looks like a music festival. She is pointing off camera with her whole arm, while the man next to her has a blank expression. It is the girl version, or woman-splaining version, of the Bro explaining meme.

The meme originated on Spanish speaking twitter and was popular there in February 2019. The picture only exists on the internet in meme form and the original image cannot be found. The meme gained popularity on English speaking twitter in August 2022. With the English resurgence, the identity of the girl in the meme was revealed. Denise “Dinu” Sanchez gave an interview about the origin of the photo and her experience with the meme.

How do I make my own Girl Explaining meme?