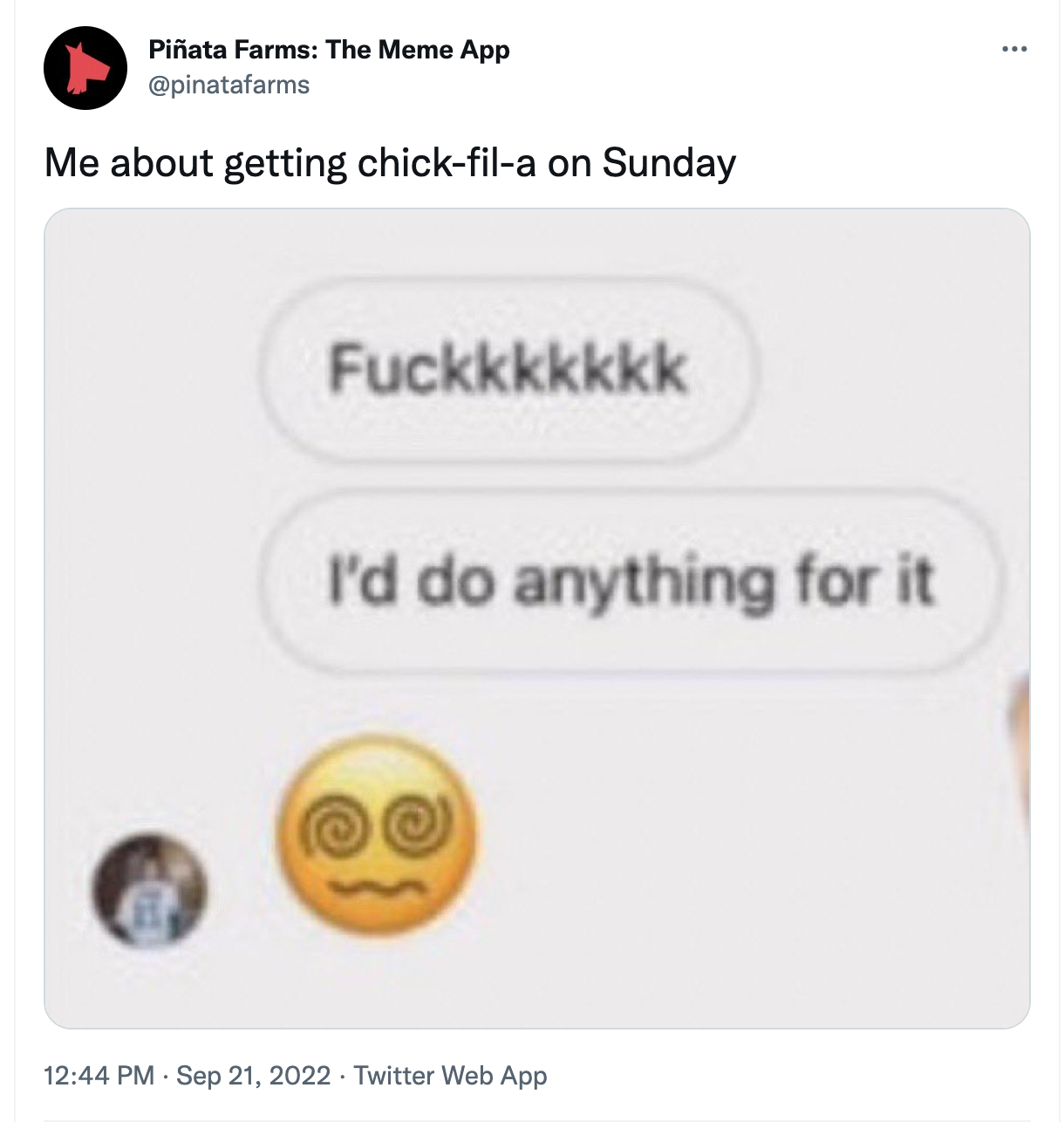 On Monday Afternoon, we got  somewhat shocking news about Adam Levine. Allegedly, He was cheating on his pregnant Victoria's Secret Model wife with an Instagram model. But that’s not all! After he ended the affair with the Instagram model he DMed her asking if he could name his unborn baby after her. We all thought that was probably going to be the craziest Adam Levine DM we saw this week. Boy were we wrong! On Tuesday night, Sumner Stroh released the rest of the DMs to prove they did in fact have a sexual relationship. The DMs were revealing in more ways than we thought. Everyone took to Twitter to laugh about the DMs. Here are the best ones.

Even without the meme content the selected DMs are already pretty funny.

Some people took a Biblical spin on it.

Others referenced their favorite films.

Some took the opportunity to remind us of a forgotten experience of the past.

A few went to back to school.

Others went all the way to preschool.

Some were just hungry.